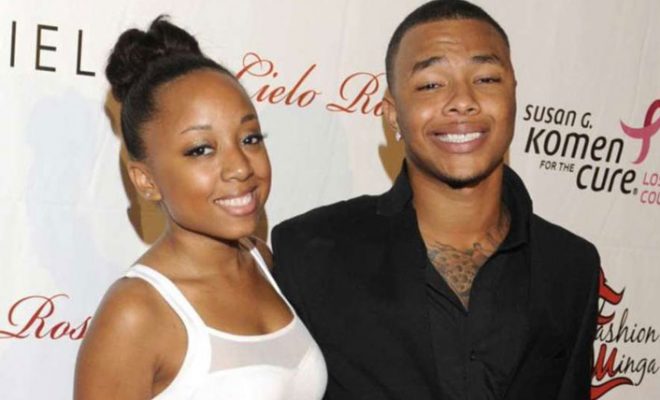 Gregory Tyree Boyce played Tyler Crowley in Twilight: The Vampire Saga. He acted opposite Kristen Stewart’s Isabella Swan and Robert Pattinson’s Edward Cullen in the movie. The actor and his girlfriend Natalie Adepoju were found still in a condo in Las Vegas. They were then declared dead on 13 May 2020. Although the death of the couple is not a criminal act according to the police, the real cause is still unknown. On the contrary, a few news channels have also pointed towards a white, powder-like substance on the venue of death. However, no official statement regarding this has come out as of now. Boyce was 30-years old at the time of death, while his girlfriend’s age is still unknown.

While the actor is survived by his mother Lisa Wayne, and daughter Alaya, who is just 10-year old. The report of the mishap was first reported by Gregory’s cousin who came to check on them. The actor recently moved to Las Vegas so that he could stay with his mother. While he was quite a regular commuter to Los Angeles, where his daughter Alaya stays. Besides his budding career as an actor, Boyce was also a successful businessman. Besides, he was in charge of more than one business venture. His cousin was shocked to find the couple dead in the condo after he suspected something wrong already. The hint was of course that the actor’s car was parked outside the building but he was unavailable on the phone. His girlfriend Natalie Adepoju is survived by her son now.

Gregory Tyree Boyce – In our memories

According to a source who was close to Gregory Boyce, the actor was always cheerful and wanted to live life to the fullest. He was always full of positivity and energy. Besides he was a witty person and could light up the party with his entry. The person added that he will miss Boyce, a great friend. He remembers the actor who had a great sense of humor and would always give him company whenever he visited Los Angeles.

Later, Lisa Wayne, the mother of the deceased actor took to Facebook to post in memory of her son. She said that Boyce was planning on starting a new food business by the name of West Wings. It would have been a part of his other ventures. Lisa says that her son had already made a list of all the flavors and dishes that would be a part of his food chain menu. The USP of the business was that all the dishes were dedicated to and named after rappers from the west coast. For example, Snoop Dog, Roddy Ricch, Kendrick Lamar, and more were some of his inspirations.

The actor had turned 30 in December 2019, and on that occasion, he posted a heartfelt note on his Instagram handle. In this note, he said how he was not hopeful that would even complete 30-years of age. He also confessed that he had made mistakes as every young boy does, but now he knows how to understand what is wrong. Well, we can only see these memories and keep him in our hearts.

On May 18, Elon Musk sent out a Tweet after the parking lot of his Tesla plant was full of...