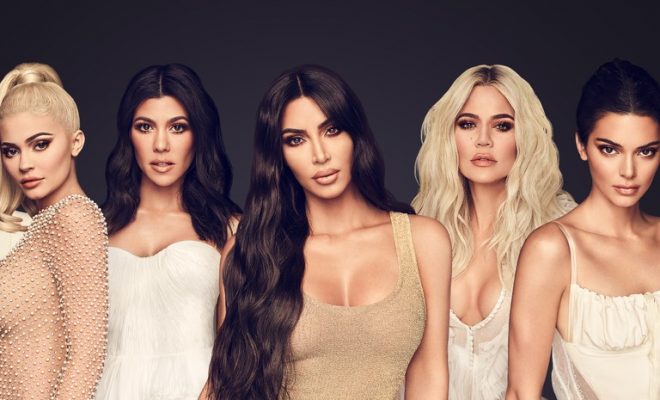 One of the most popular reality TV shows, Keeping Up With the Kardashians announces to end their 14-year-long journey with season 20. The Kardashian-Jenner family members mutually agreed on the decision, and they revealed it to the public as well.

The family put out a joint statement saying that with a heavy heart, they are going to say goodbye to the show. The head of the show, Kris Jenner, signed the statement, followed by Kourtney, Kim, Khloé, Kendall, Kylie, Scott, and Rob.

The statement recorded that after 14 years of the show, across 20 seasons with hundreds of episodes and spin-offs, the family has decided to end the journey. It states that they are grateful to everyone who watched the show through their good times and bad times. They will cherish the memories and people they associated with along the journey.

Keeping Up With the Kardashians to end in 2021

E! soon released an official statement talking about the end of the show. They said that it defined their network beyond becoming just entertainment news. From the beginning, the show was marketed as an unscripted series. The reality show transformed the way reality programs are hosted ever since, which later moved into scripted content too.

E! is the extended family of the Kardashians and Jenners, said the channel in their statement. Their lives of the empowering family have been on the air for 14 years. They said that along with the ever-growing audience, they have also enjoyed following the intimate moments of the family. E! said that the family has been brave to display their daily lives. The collaboration has been a privilege, and E! will miss the family dearly. Finally, the statement ends by saying that they respect the decision to live their lives without cameras.

How did Keeping Up With the Kardashians become successful?

The vision led by Kris Jenner attracted masses from the very beginning of the show. The show has made the family famous and has kept them on demand all through. It worked well for the channel, which is why they went on a mega-deal for a three-year extension in 2017. Yes, initially, the show would have got over in 2017, but the renewal deal was a whopping nine figures – it went somewhere between $100 to $150 million.

KUWTK aired for the first time in 2007 and instantly made the Kardashian-Jenner family superstars. They now have a multimedia empire that includes clothing lines, cosmetic brands, apps, and constant tabloid interest in every move.

Kris Jenner was a savvy businesswoman when she entered the showbiz. She was known as the ex-wife of the O.J. Simpson attorney Robert Kardashian. The show has gained popularity over the years for many reasons. One of the biggest was when Kim Kardashian West’s sex tape got leaked and brought worldwide attention.

Today, Kim is one of the most recognizable faces on earth and has also shown interest in the power of the White House. She has a passion for reforming criminal justice.

While Kendall Jenner and Kylie Jenner were kids when the show was first aired, they have now become two of the most lucrative influencers in the world.

During the 10-year-anniversary of the show, in 2017, Kris Jenner spoke about the milestones and what was in store next. Back then, she had said that there might soon be a time when she ends the show. Kris joked and said that it could be around the time when Kylie gets married 20 years from then, and there they were 10 years later. Also, she never thought they would be so strong even after a decade.

The family shared posts about the show end

The family members took to social media and shared about the end of the show. Kim has over 188 million followers and said she wouldn’t be where she is if it wasn’t for the show. She is incredibly grateful for the supporters and followers of the show.

To our amazing fans – It is with heavy hearts that we’ve made the difficult decision as a family to say goodbye to Keeping Up with the Kardashians. After what will be 14 years, 20 seasons, hundreds of episodes and numerous spin-off shows, we are beyond grateful to all of you who’ve watched us for all of these years – through the good times, the bad times, the happiness, the tears, and the many relationships and children. We’ll forever cherish the wonderful memories and countless people we’ve met along the way. Thank you to the thousands of individuals and businesses that have been a part of this experience and, most importantly, a very special thank you to Ryan Seacrest for believing in us, E! for being our partner, and our production team at Bunim/Murray, who’ve spent countless hours documenting our lives. Our last season will air early next year in 2021. We are so beyond grateful to everyone who has watched and supported our family these past 14 incredible years. We will be forever in debt to everyone who played a role in shaping our careers and changing our lives forever. Thank you for joining us on this crazy ride!! We love you all. Kris x

The same post was shared by Kris Jenner, officially announcing the new of the end on Instagram. Fans and wellwishers filled the posts with lots of lovely comments. Many celebs among followers mentioned that they will miss the show and congratulated them for their long-running success.

Tiger King fame Carole Baskin is all set to groove at the ballroom floor of Dancing With the Stars. The...