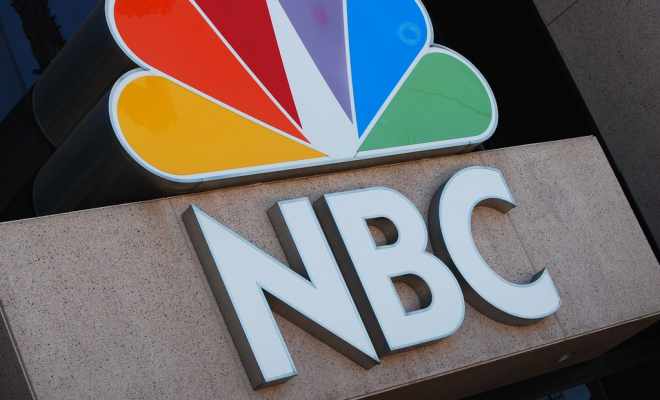 The Times investigation spread some intense controversies into Hollywood Foreign Press Assn. This small but powerful group is responsible for handing over the Golden Globes awards. After that, NBC stated disapproval of the show on their channel.

The controversy with HFPA

The Times investigation has been published and illuminated with some problems with the Hollywood Foreign Press Association or the HFPA. Issues like improper finance and lack of ethical behavior have been raised within the organization. The investigation also revealed that in the organization, they have no black members. This statement is enough to understand the racism-driven culture of the organization. Time’s Up and influential names from the industry started to face a lot of increased criticism from the critics based on the February 2021 report. Big names like director Ava DuVernay and TV producer Shonda Rhimes are also involved in these criticisms.

Last week HFPA announced some sweeping reforms to safeguard the Golden Globes Awards and its existence. They said that the organization would give membership to the black people, and their insular membership will go up by 50% in the next 18 months.

Hollywood’s big brand names like Netflix, Amazon Studios, HBO, and Warner Brother Studios have declared that they will not work with the HFPA until and unless some more meaningful changes are made in their organization. These studios have said the same things in recent days.

NBC’s reply to the situation

To continue the legacy of telecasting the Golden Globes awards since 1996, NBC had been backing up HFPA publicly. They had a clear vision to protect the viability of the show. But finally, NBC stated that the situation is unjustifiable and concluded it.

This step made an impact on the future of this nearly 80 years old foreign journalists’ association. This association made a mark on the Hollywood industry even after facing various scandals, lawsuits, controversies, and ethics-related issues. Despite the problems, the association has continuously influenced the whole Hollywood industry for decades. As per NBC’s decision, the Golden Globe Awards are not anymore the precursor of the Oscar awards. This move will create the entire award landscape of Hollywood for the future.

As per the HFPA’s statement, they want to implement the transformational changes as soon as possible before the next telecast date of the Golden Globes Awards. They are focusing on the internal changes to resolve the conflicts. They are summoning their industry partner to discuss and give a shape of their long-overdue systematic reforms. Also, they want to make these moral changes in the organization and the whole Hollywood industry.

Time’s Up and its allied organizations consisting of an alignment of leading publicity agencies are supporting and applauding this decision by HFPA. Some advocacy groups such as GLAAD and Color of Change were also insisting and pushing the HFPA with Time’s Up and its allies to make the changes in the organization. Needless to say that these advocacy groups are also happy with the HFPA’s decision. They issued a statement as a reply to the HFPA.

As per the statement, they clearly said that these changes will take some time and dedicated focus to execute. The groups, including Time’s Up, will give proper attention to ensure the HFPA’s revisions of fundamental governance, methodology, and ethics will fulfill the goals and objectives of the organization for which it was founded.

Tina Tchen, the president of Time’s Up, stated this incident as Hollywood’s one of the defining moments. She also added that this is the opportunity to speak up against the flaws of the powerful and influential awards systems. She also wants to reimagine the future of the industry to make it more sustainable.

Response of NBC and other telecast companies to the controversy

Industry giants Netflix and Amazon Studios were the first ones to cut off their relationship with HFPA. After them, HBO and Warner Brothers Studios also took the same step. NBC announced its decision to stop working with HFPA to broadcast the Golden Globes Awards. Theaters are going to reopen next year. Many Hollywood names are worried about this controversy and the present situation related to the HFPA. They are becoming impatient with the response of the HFPA in this crisis as the statements have several setbacks and including an unexpected situation of departure a diversity consultant brought on help to navigate the situation by the groups.

An executive of Warner Brother studios has written a letter to the president of HFPA, Ali Sar. In that letter, the WB executive has clearly stated that the Warner Brother studios will refrain from any collaborations with HFPA. All the projects, including press conferences, invitations on industry events, and all the other direct associations with HFPA, will not be entertained further by Warner Brothers Studios until the changes are fully implemented. He also stated that Warner Brother Studios does not believe that the planning for resolutions taken by HFPA is not addressing the issues. He added that Warner Brothers do not think that these resolutions are effective enough to resolve the current situation. HFPA executives addressed the letter as a radically insensitive, sexist, and homophobic one in a news conference.

Impact on the business

With the ongoing controversy, the Golden Globes award has been overshadowed. The rating of the show dropped more than 60% compared to the 2020’s telecast. HFPA paid NBC a sum of $20 million for the loss, said someone directly related to the deal. The organization collected $27.4 million in the last fiscal year, up from $3.64 million in fiscal 2016-17.

Times Investigation revealed that the organization collected money from its members too in various ways. Some tax experts considered this step as a beneficial one for internal asset management. In the last fiscal year ended June 2020, it is reported that the members from the organization paid a sum of $1.929 million to serve the committees and perform other tasks. HFPA has 86 members who practice non-profit activities along with some compensation practices too.

Last month HFPA’s former eight-term president Phil Berk was expelled. He emailed all group members where he referred to the Black Lives Matter movement as a “racist hate movement.” Just after two days, he got expelled from the group. This incident made HFPA suffer to respond to this ongoing crisis.

Many of the members believe that their group is already diverse as they have members from different countries worldwide.

One high-level studio executive commented that HFPA does not think that they are doing something wrong. Also, he added that they could change the internal policies for a long time instead of having a wrong attitude.

To meet the wall of resistance, HFPA attempted to book screenings and line up the access of the stars who represent their existence as the studios are continuously looking to prioritize the talents over the benefits of Golden Globes awards as an important marketing tool.

In the middle of March this year, Time’s Up and the allied groups of publishers started a boycott group against HFPA. Hollywood’s A-listers such as Scarlett Johansson and Mark Ruffalo’s statements were published in recent days. Warner Brothers solely criticized HFPA for neglecting the black-led project.

Warner Brothers revealed that some unprofessional proposals and demands for perks were being received by HFPA. They also said that not only WB but all the other names of the industry were receiving these kinds of offers and demands. They stated that these are not tolerable at all.

As Hollywood is going against them, the mood of the members of the organization is becoming apocalyptic. One of them said that the members are becoming desperate. But the person refuses to speak publicly for fear of retaliation.

The 2022 Golden Globes stands canceled as of now. But if the organization can make the changes and successfully implement those, the studios might work with them to telecast the 2023 Golden Globe awards. But the following year’s Golden Globe Award ceremony will impact the industry and the business.

Some of the people are saying that the issues are harming the brand Golden Globe. They are also saying that the problems cannot be repaired. The situation has gone too far that celebrities like Tom Cruise returned three Golden Globe Awards he had won previously.

Breitling is perhaps one of the best watch brands in the market when it comes to luxury, design, and precision....